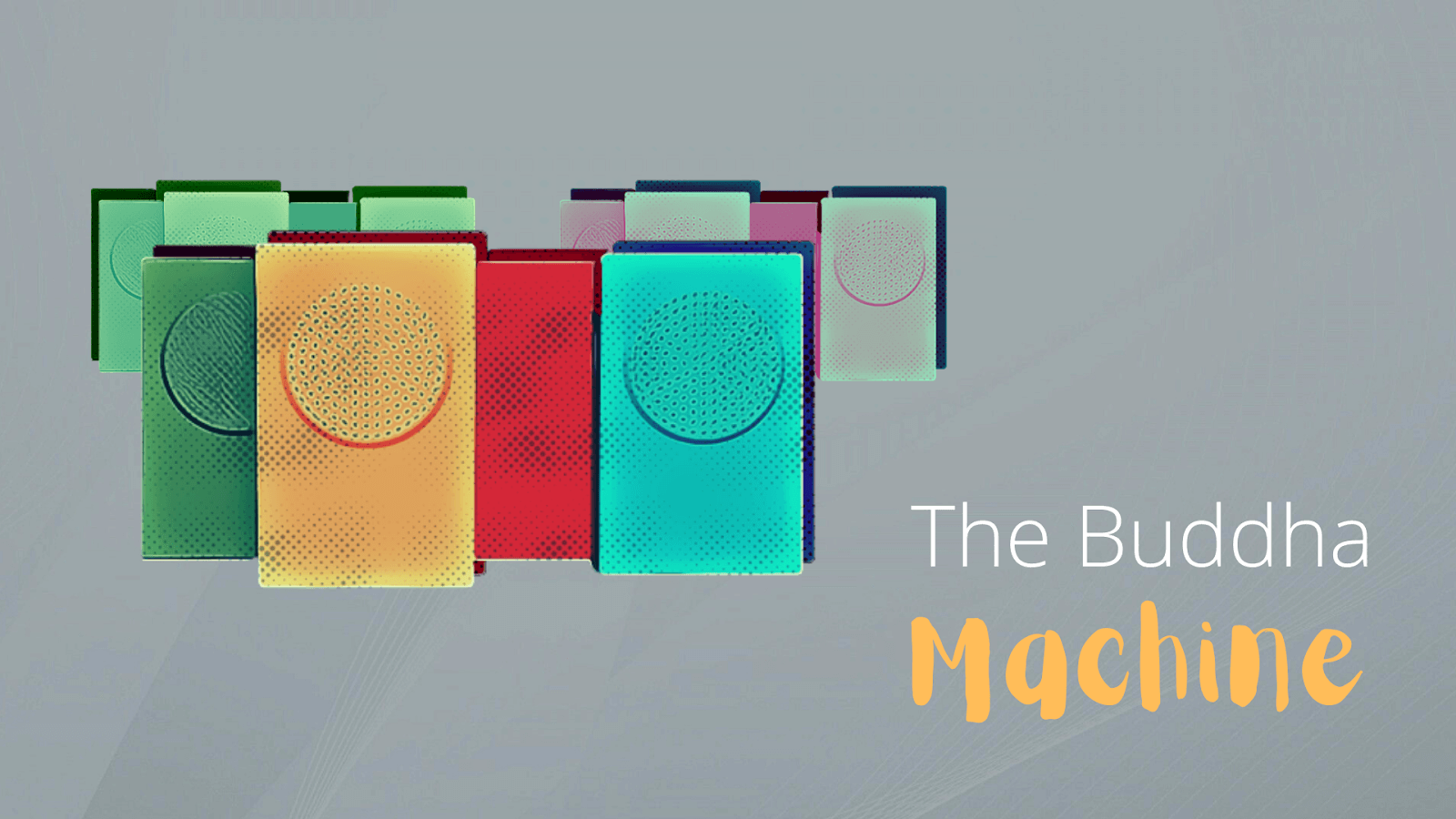 Machines are, in their very nature, true to the sum of their parts. We use machines every day to take care of our needs. The individual parts might not be as helpful to us, but their function defines their use. If you hold clippers to your head you might be in trouble of losing some hair. Cause and effect, right? But in a machine that has only one part, the answer to how it is used may surprise. Let’s talk about the Buddha Machine and how it is a perfect machine for the art of meditation.

The Buddha machine – simply named for another reason that will increasingly become obvious – is an amalgamation of sounds. They are hypnotic in their function but tied to the very roots of traditional Chinese music. Invented by Christiaan Virant and Zhang Jian, together, a sum of the musical group FM3, a musical duo focusing on electronic music, the Buddha machine is a first and foremost a strangely hypnotic journey of 9 generative looped tracks that are addictive to body and soul. All of this, simply seamlessly integrated into a box the size of a box of playing cards.

The Chinese group FM3 formed at the turn of the most recent century, when the internet was just a small backroom of digital filing cabinets filled with travel blogs and a chatroom or two. Virant and Zang put all their efforts into making music that was meditative, yet constructed and coherent. They gave shape to the music that has a serene sense of order to it, and they continue to do so till this day. You can find their latest work on Bandstand. They are interesting, to say the least, and worth checking out.

Not surprisingly, the idea for the Buddha machine came to Virant when he visited a Buddhist temple one day, and noticed a device that the Buddhists were used to playing during their praying. The chants along with the spontaneous nature of the instrument sealed the idea in Virant’s mind. The simplicity and the structure of the device inspired him to port the idea over to the Buddha machine. It was first released in 2005, in several colors and including multiple generative drone tracks ranging in length and wavelength.

These Tracks are preprogrammed and are played through an integrated speaker. The design is minimalist and at the time of release came in 7 colors. There are later versions, of course, each creating and experimenting with a sound that soothes and fascinates all at once. The Buddha machine is a strange device, don’t get me wrong, but it is strange in a good way. The strangeness comes from people who often find it difficult to explain its function. The New York Times has called it “Beautifully Useless” and “definitely rough” by the Wall Street Journal, but if I were to say that the Buddha machine is “Uselessly Beautiful” and “Roughly Defiant” it would be just as true. It is hard to describe a machine whose function might not be clear at first glance, but it’s strangely mesmerizing though isn’t it.

In 2005, as the Buddha Machine first appeared into the public, the tracks placed were of a gentle droning varying in length which you could play with a simple click of the power button and increased the volume with an integrated dial. You wouldn’t have been the first one to do it as The Buddha machine was quite popular with its Chinese audience. Following versions stayed with the simple design but increase the variety of tracks and the instrumentation, in 2012, FM3, the band that Christiaan Virant and Zhang Jian formed and were a part of releasing a 4th generation of The Buddha machine integrating a traditional Gu Quin, an Orthodox Chinese instrument. Plus you could get them in 4 colors. On the 10th anniversary of 2014, a classic black and white version was released. You can find all these and more from The United States to the Chinese mainland.

Although received with calm incomprehension by mainstream western media outlets, the artistic community has embraced The Buddha machine and has grown tranquil alongside it. From writers like David Byrne to the industrial music group Throbbing gristle, the entire spectrum of artists who have collaborated with FM3 and The Buddha Machine is lost to the ether, needless to say, they are extensive.

For artists, the reason is quite simple, It epitomizes the way of the Buddha, as the unending, ever-changing, yet constant variable of music is bound to pull you in into its spiral.

It is a meditative state in a box, and if you concentrate, The Buddha Machine evokes this very real sense of…just being, forming the baseline and the background for one of your own creations. 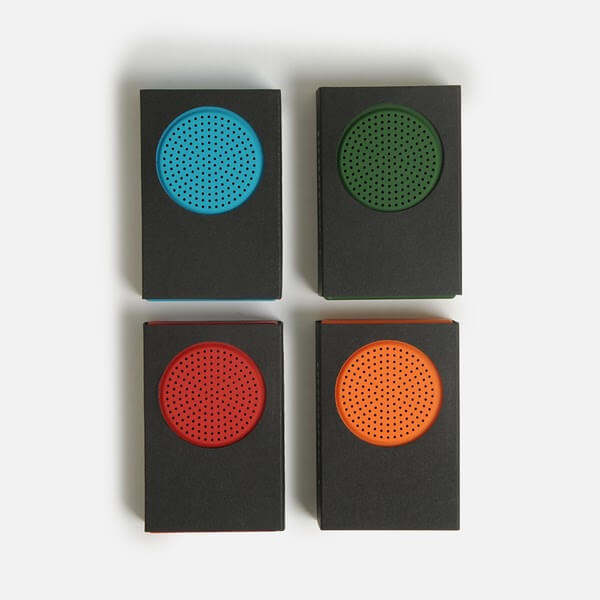 The sum of the Buddha Machine’s parts is indescribable, all you can do is give it a listen on your own. Once you place it in a cozy little corner of its own or hang it on your walls, this pure machine will always serve as a thread back into your own mind. It could steer you in many directions, through tranquil peace, or through the neon lit backstreets in the future (“The Ghost in the (Buddha) Machine” is a collaboration between FM3 and Keigo Oyamada for the movie Ghost in the Shell: Arise that you can buy now), the Buddha machine simplifies your definition of tranquility and calm. Available across North America by Forced Exposure and White Noise records if you hail from Hong Kong. You can also buy them online on various E-commerce sites and from the Forced Exposure website too. You can find them at your local Walmart too.

The Buddha Machine is also available as an app for iPhone and Android as a virtual machine. You can find them in the App Store and Google Play Store respectively.

The only choice you need to make for the latest generation of the Buddha Machine is what color do you like? Red, orange, green or blue.